Good Morning,
Sadly, one of our chickens died last week after a long convalescence spent in the heated tackroom.  For three weeks we tended to her every need; offering food by hand and holding a cup of water for her to drink several times during the day.  In between these interactions Rod searched the internet with key words such as sick chicken, egg-bound, and poultry antibiotics.  His virtual research led him in many different diagnostic directions.  In the end she deteriorated and finally slumped to her death.  Desperate to have an answer, my husband performed a most dignified autopsy on the hen and discovered that her entire abdomen was full of what looked like scrambled eggs.  Cause of death?  The hen had become egg bound; a condition in which a developing egg blocks or ruptures the assembly-line apparatus of egg laying anatomy.  Throughout the whole ordeal, Rod never opened a book!  All of his information came from a plethora of information available instantly through the world wide web.
Before the internet, books were the most effective means for collecting knowledge about the subjects that I loved.  As a result I accumulated a whole library of resources that addressed everything I needed to know about animals, particularly horses.  While revisiting these dusty volumes now taking up space in a spare bedroom closet, I was both comforted and delighted to relive my animal education between their covers.  They chronicle the path of interests I've taken along the way to MRF.  Their pages hold wisdom and answers to many situations I have faced in areas of training, nutrition, first aid, general care....and spiritual growth. 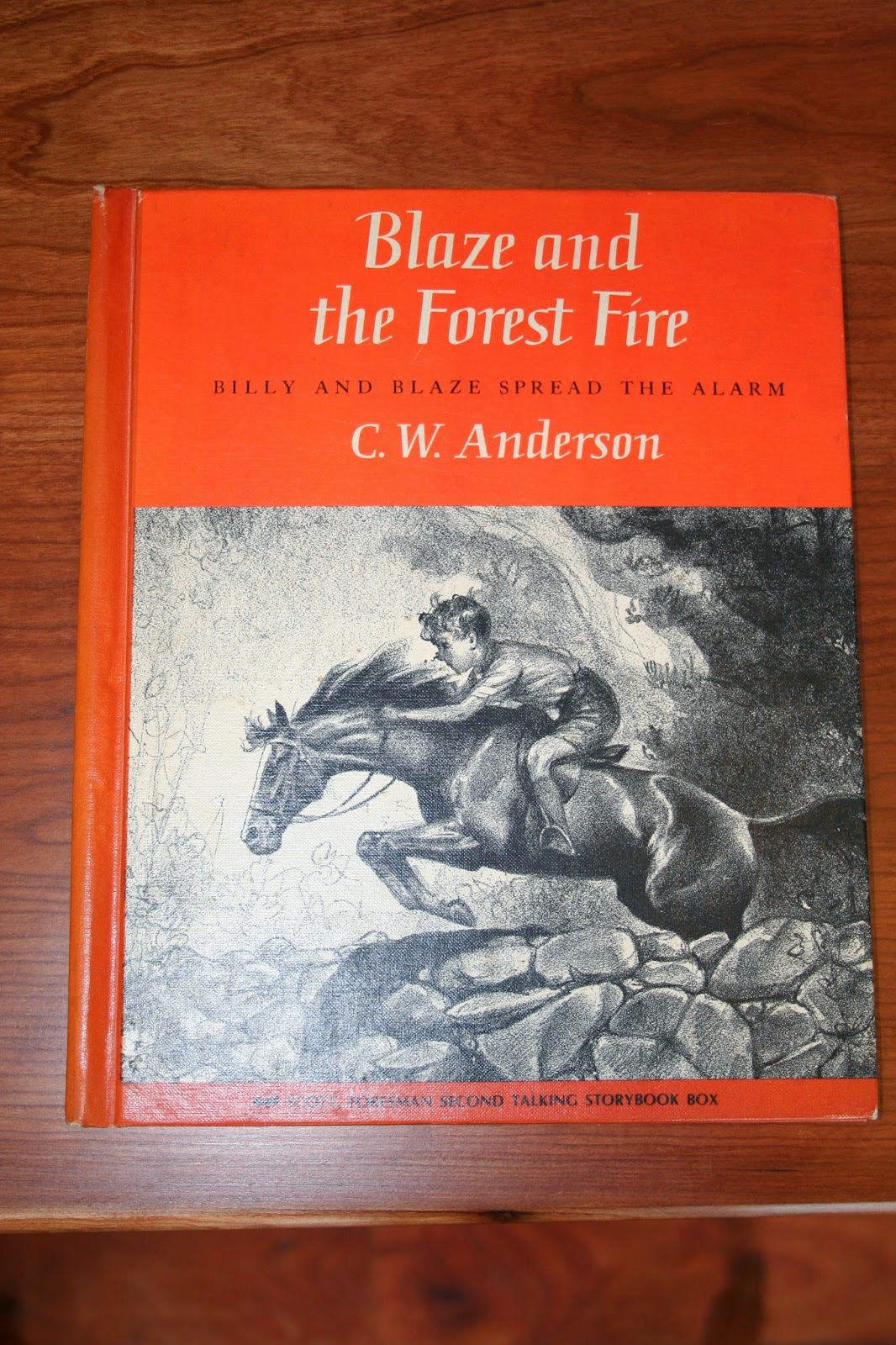 C.W. Anderson's Billy and Blaze series of books were among my favorites in first grade. 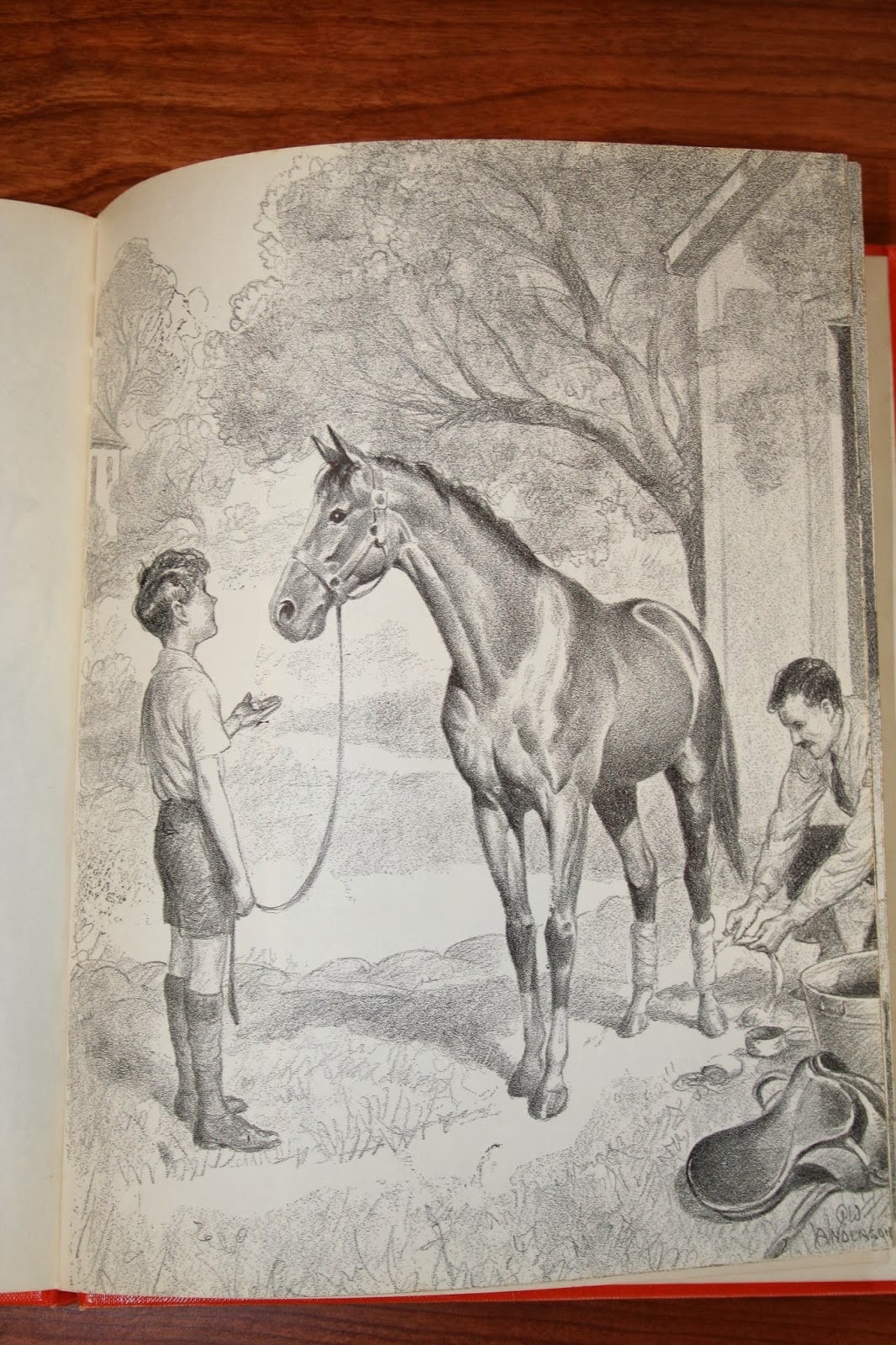 I wished I could have jumped right into the illustrations and had handsome Blaze for my very own.

Blaze and the Forest Fire read by David Cassidy
I got a kick out of finding this audio file!  Apparently, David Cassidy narrated all of the Billy and Blaze books for a recording!  Who knew? 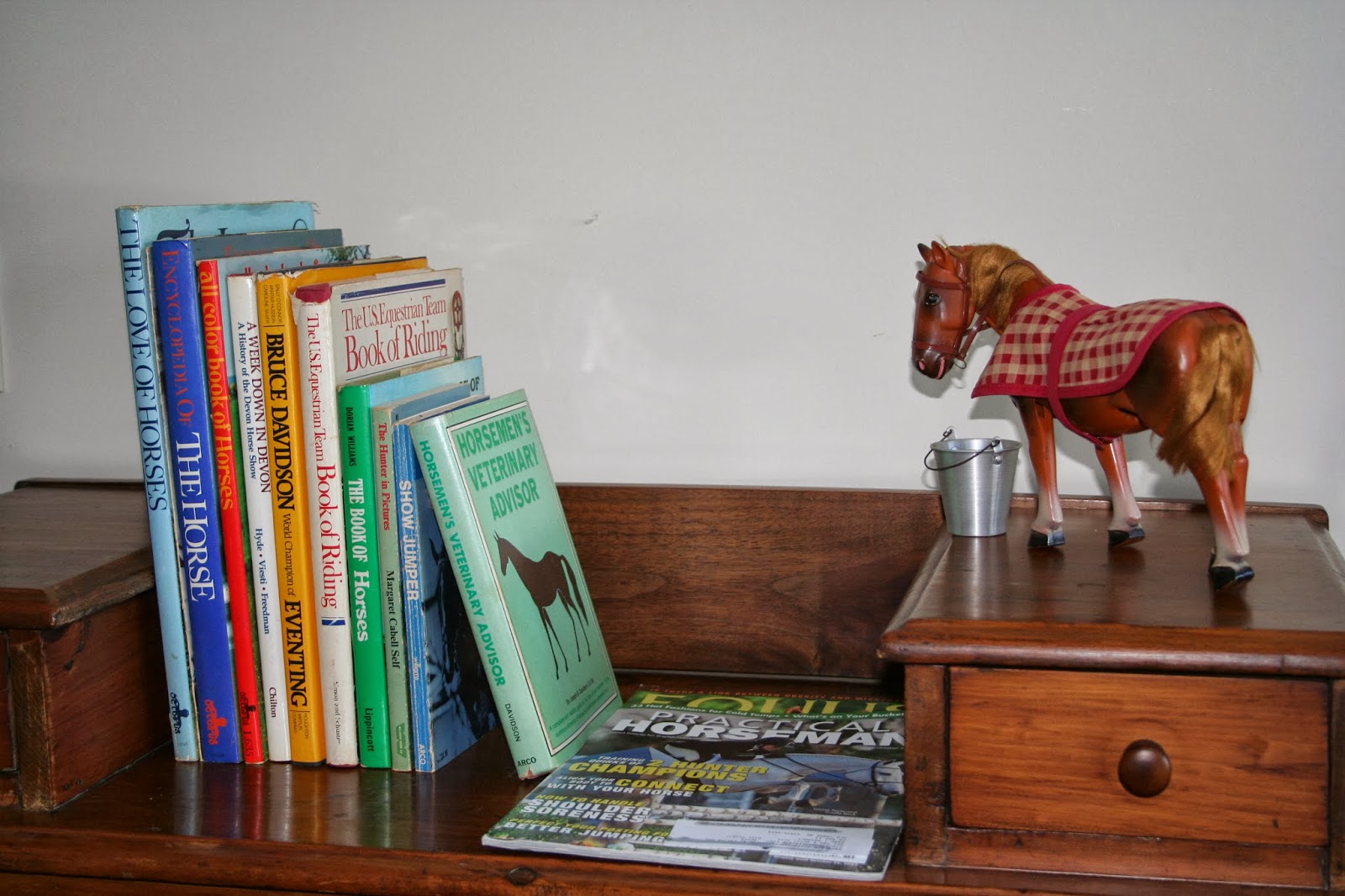 A sample of books from school days contained competition photographs of great horses and riders along with veterinary care. 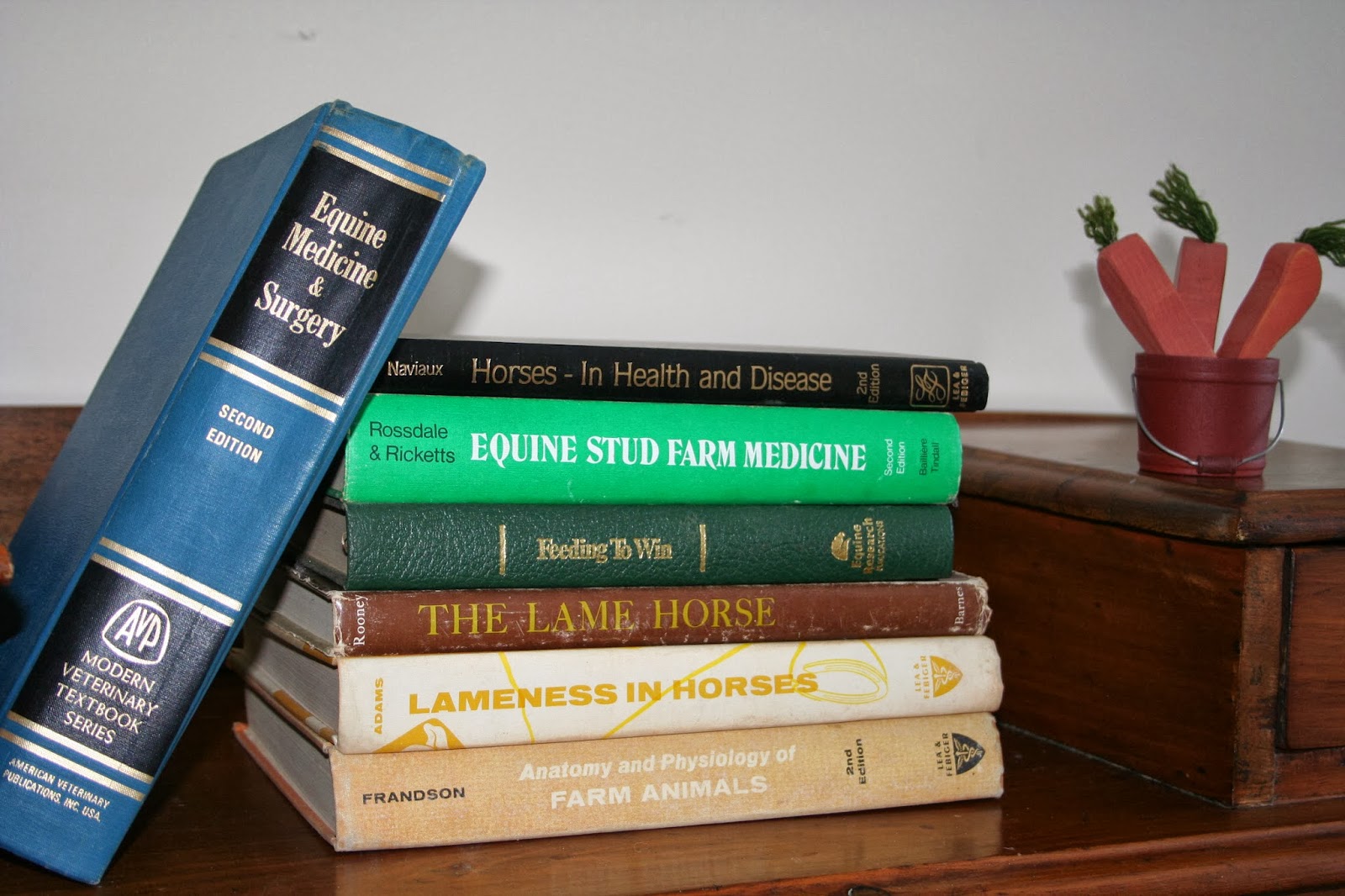 In college I studied the Anatomy and Physiology of horses and other animals, paying particular attention to the failure thereof. 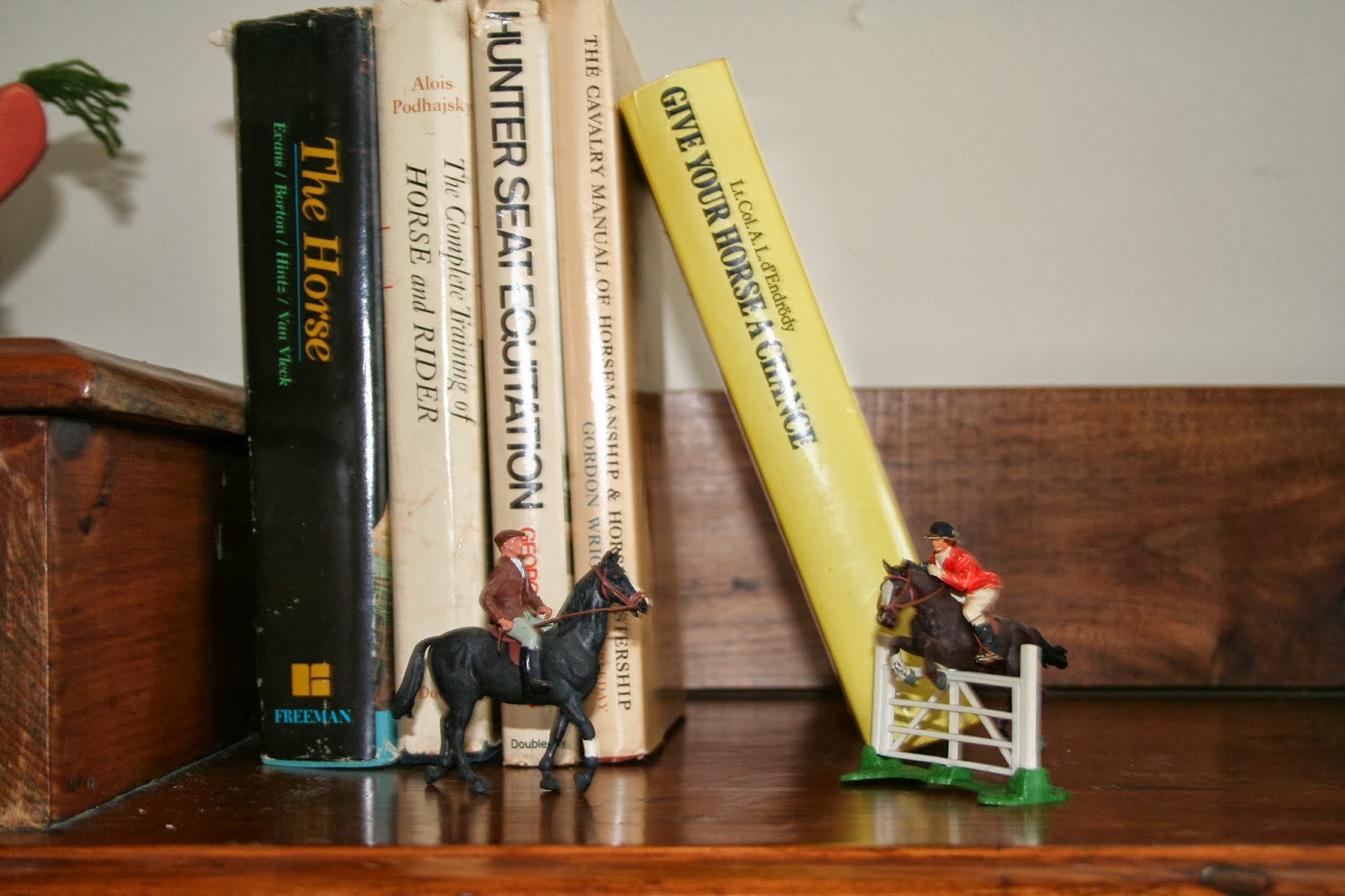 I also read the masters of horsemanship, collecting a whole "toolbox" of philosophy and technique that worked for me while training horses. 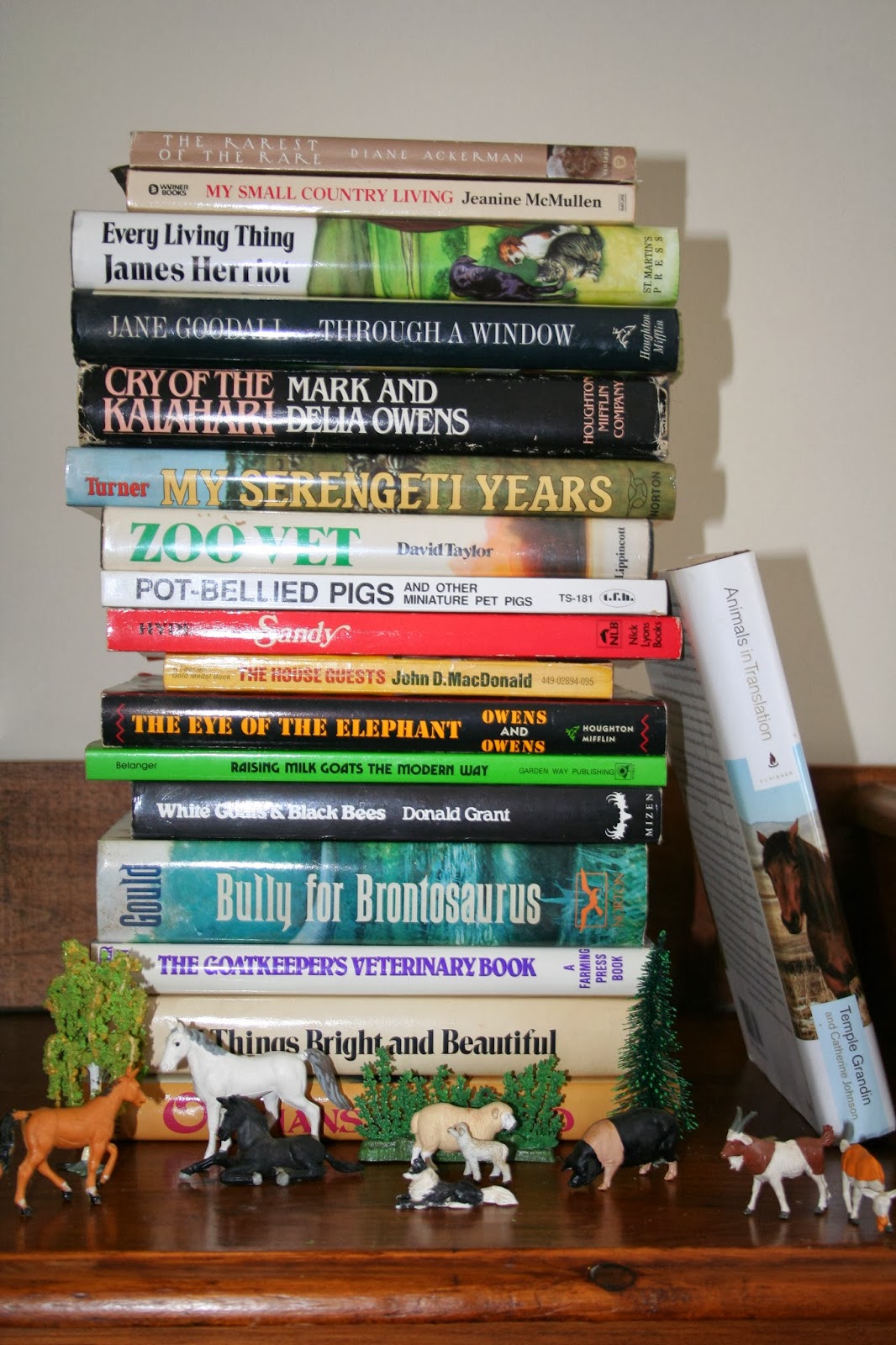 Eventually, my literary interests broadened to include a multitude of species.  It began to occur to me, at this point, that I would write my own animal chronicle some day! 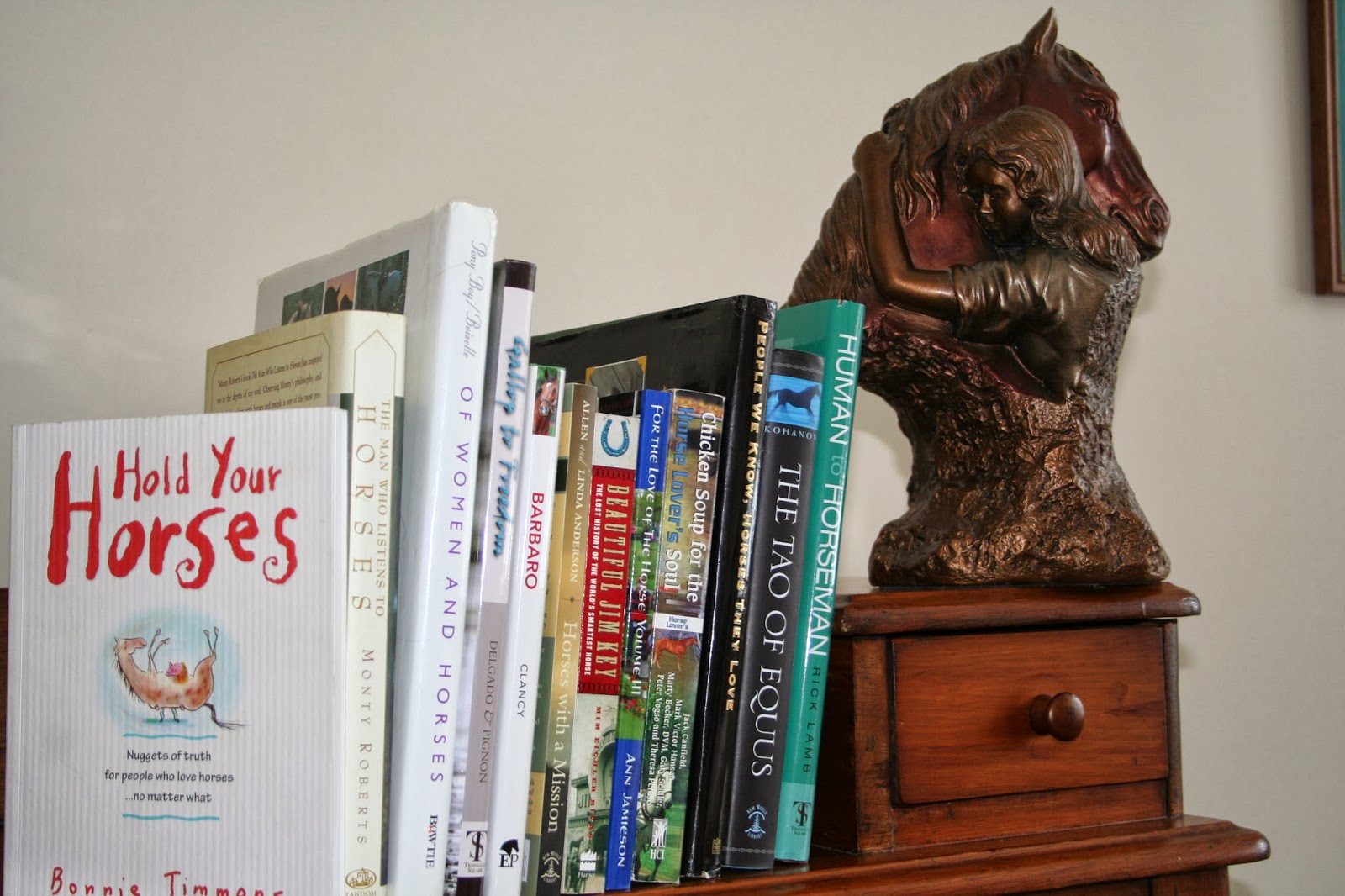 Although horse training and physical care of animals still appeal to me, it is the relationships with all of them that are of utmost importance in daily interactions with my animals. 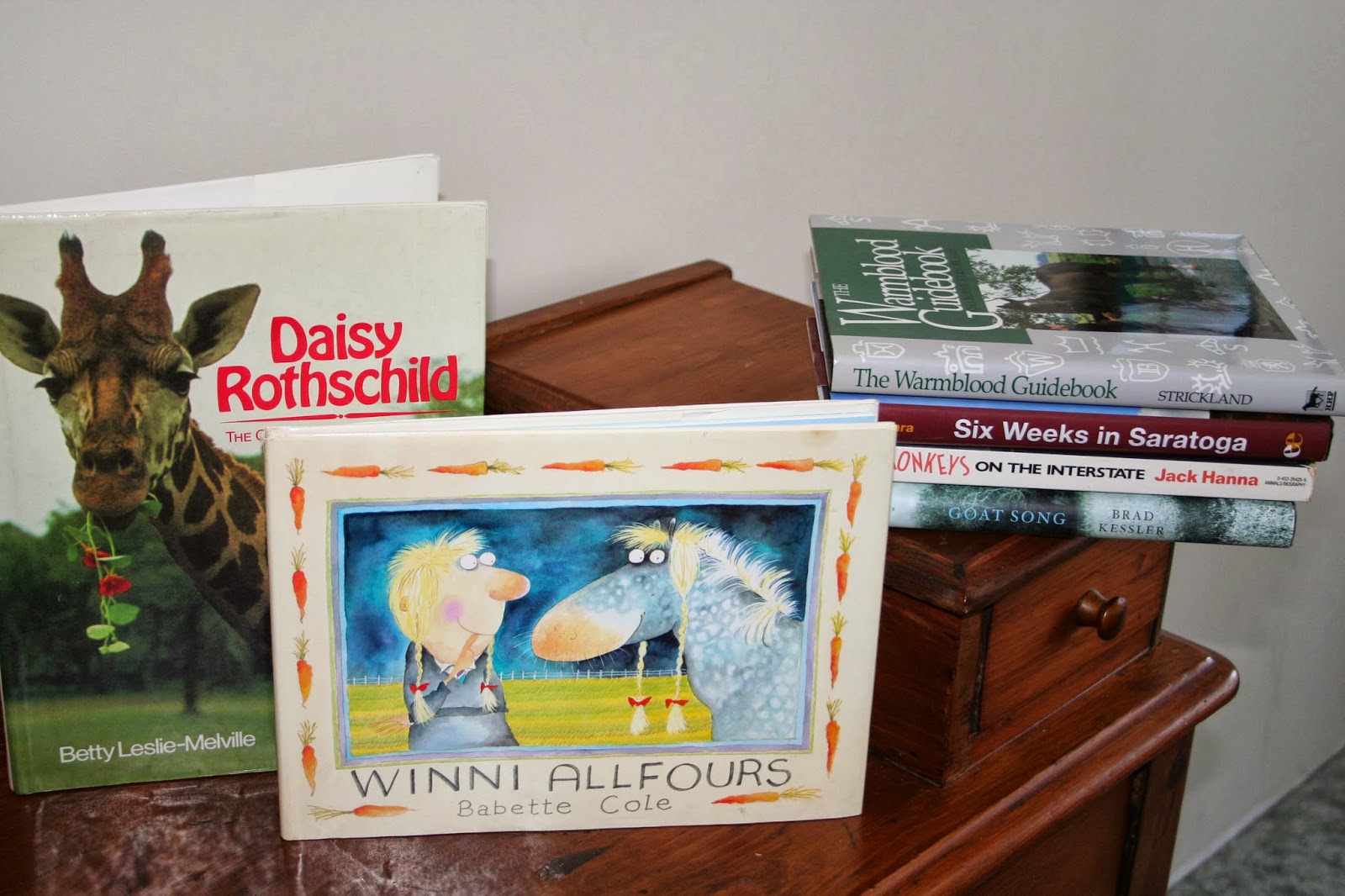 As school teacher and riding instructor, I have an excuse to read and to share literature that speaks to the kid at heart still inside of me.
Posted by Anne T. Phinney at 7:23 PM