Good Morning,
Putting my book's promotion into the hands of a publicist has resulted in some exciting experiences these past few weeks.  Not only has it provided some much needed publicity but it has also given me a glimpse into the broadcasting industry.
From my living room perspective, the news appears to be delivered seamlessly by a singleton who looks right into the camera speaking directly to me.  In reality the studio is a busy place.  It is a choreography of sound and camera technicians dancing out of each other's way to produce an image that appeals to viewers.  It is fascinating to witness.
From a quiet darkened corner of the studio Rosemary, (my iguana), Michele, (my photographer and dear friend), and I watched the news reporting process while waiting to tape a segment of Albany's Channel 13 Sunday morning program, Forum 13.  The show was taped with host Phil Bayly, the NBC news affiliate's anchor.
We arrived in Albany the night before, having stayed in a hotel with our precious cargo, Rosemary.  She is an easy traveler and the perfect ambassadress to represent the animals at Moose River Farm.  Thank you Susan Schwartzman, (Susanschwartzmanpublicity.com), for these substantial opportunities.

The following photo essay invites you to tag along on our big day.
Photos by Michele deCamp 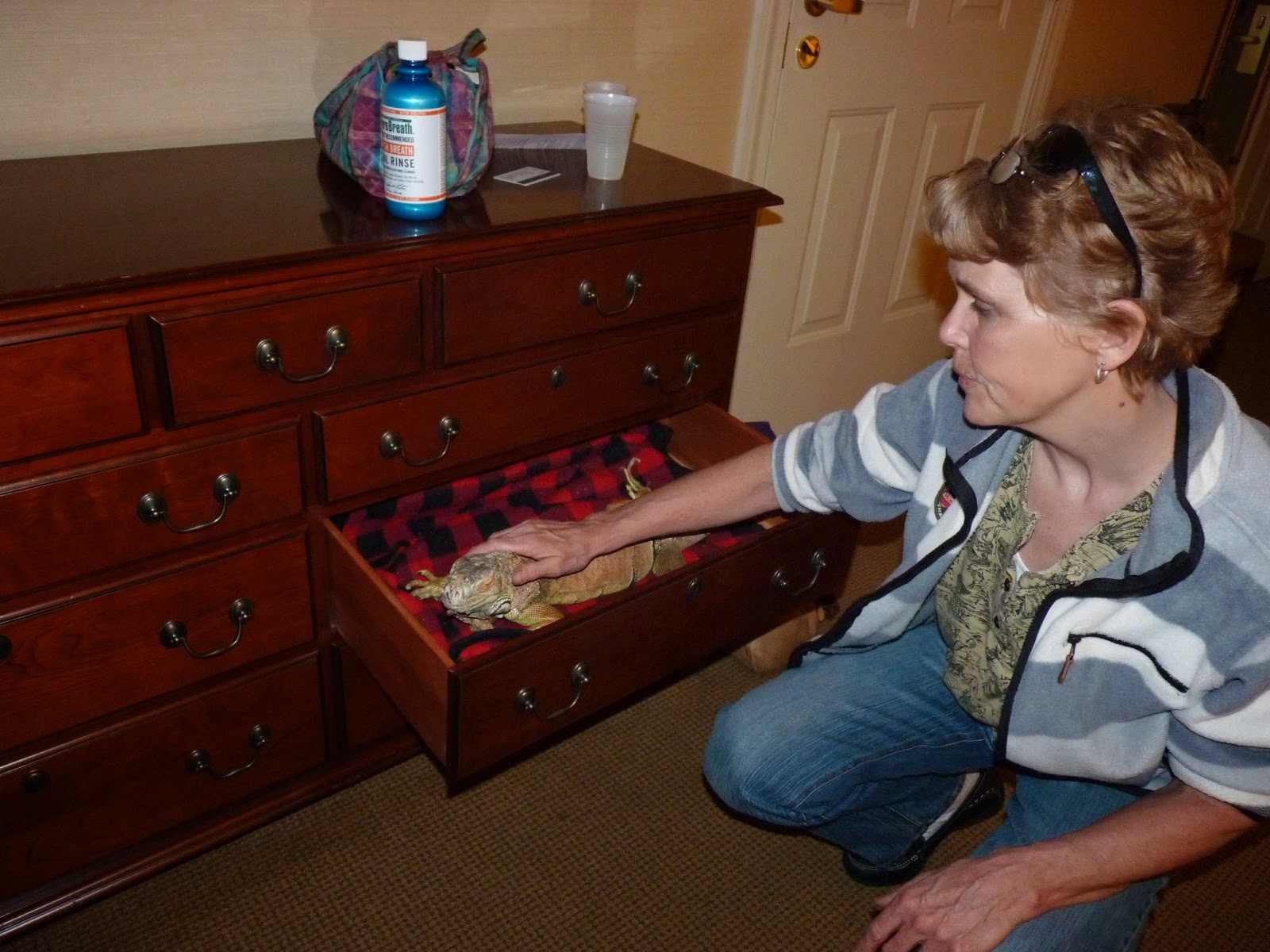 After checking into the hotel, Rosemary is bedded down in a dresser drawer. "Night night Rosie, sweet dreams." 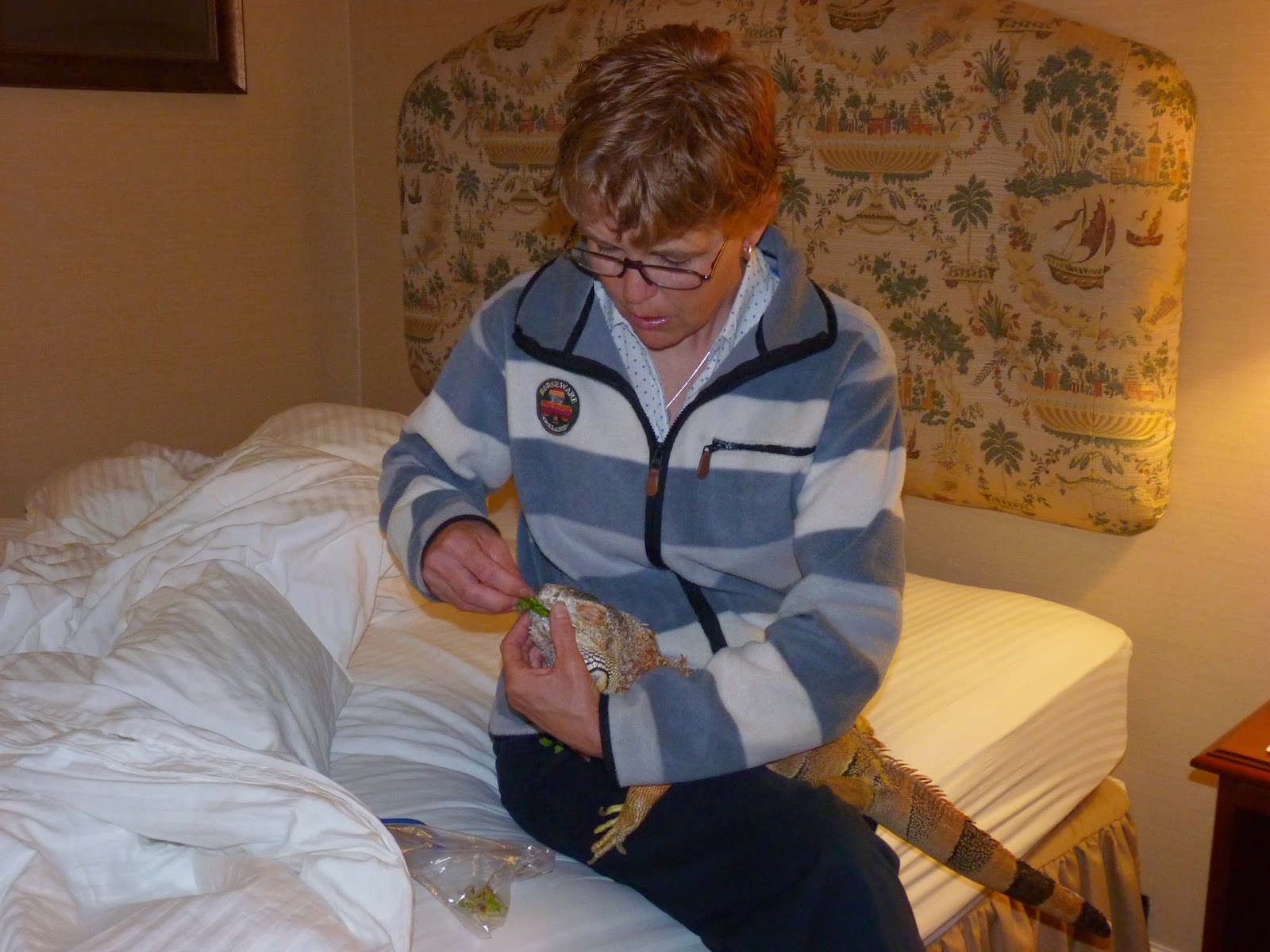 The next morning she starts the day with a breakfast of kale and bean sprouts. 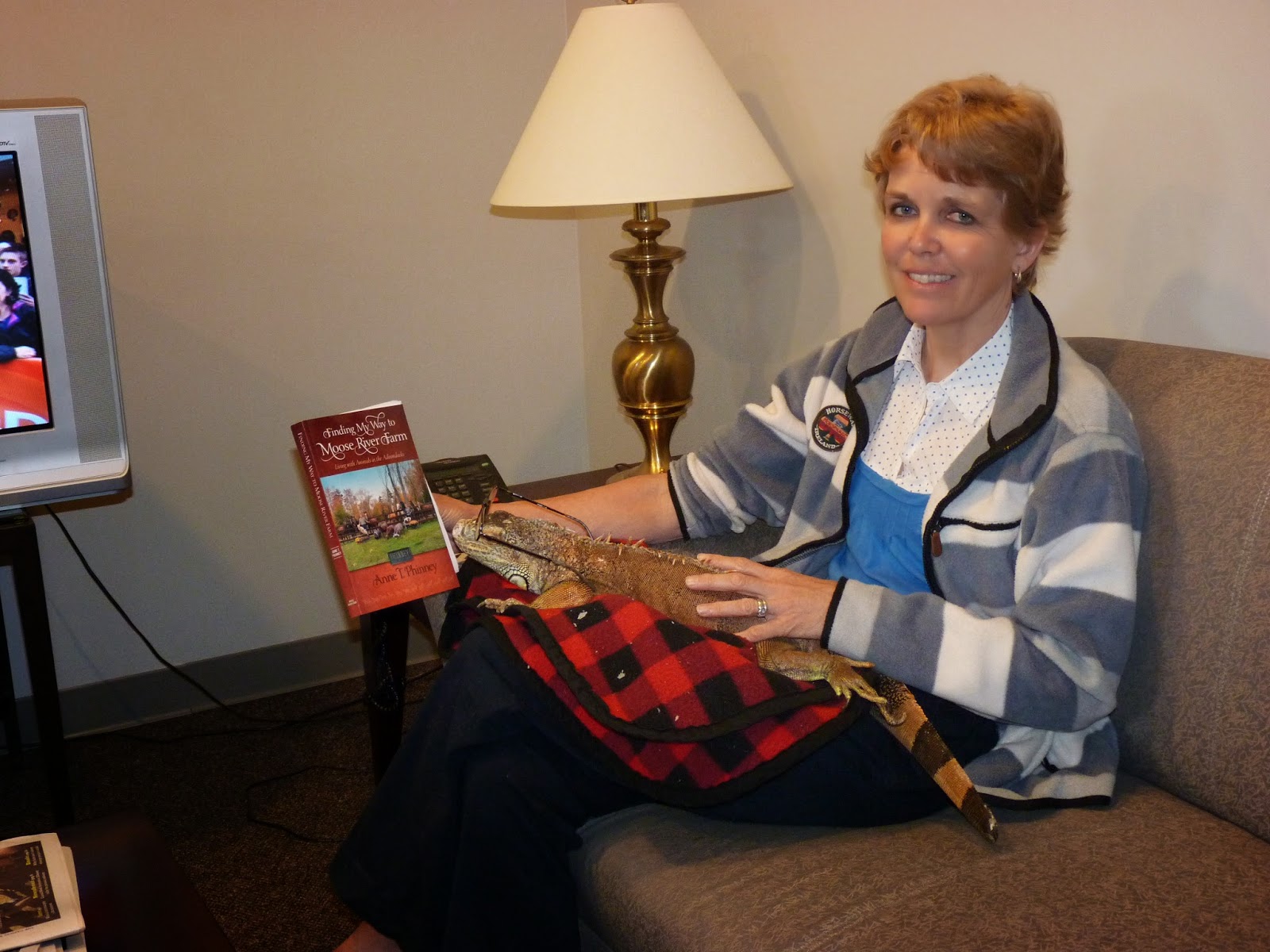 We wait in the 'green' room, (actually the lobby) of the Channel 13 studio. 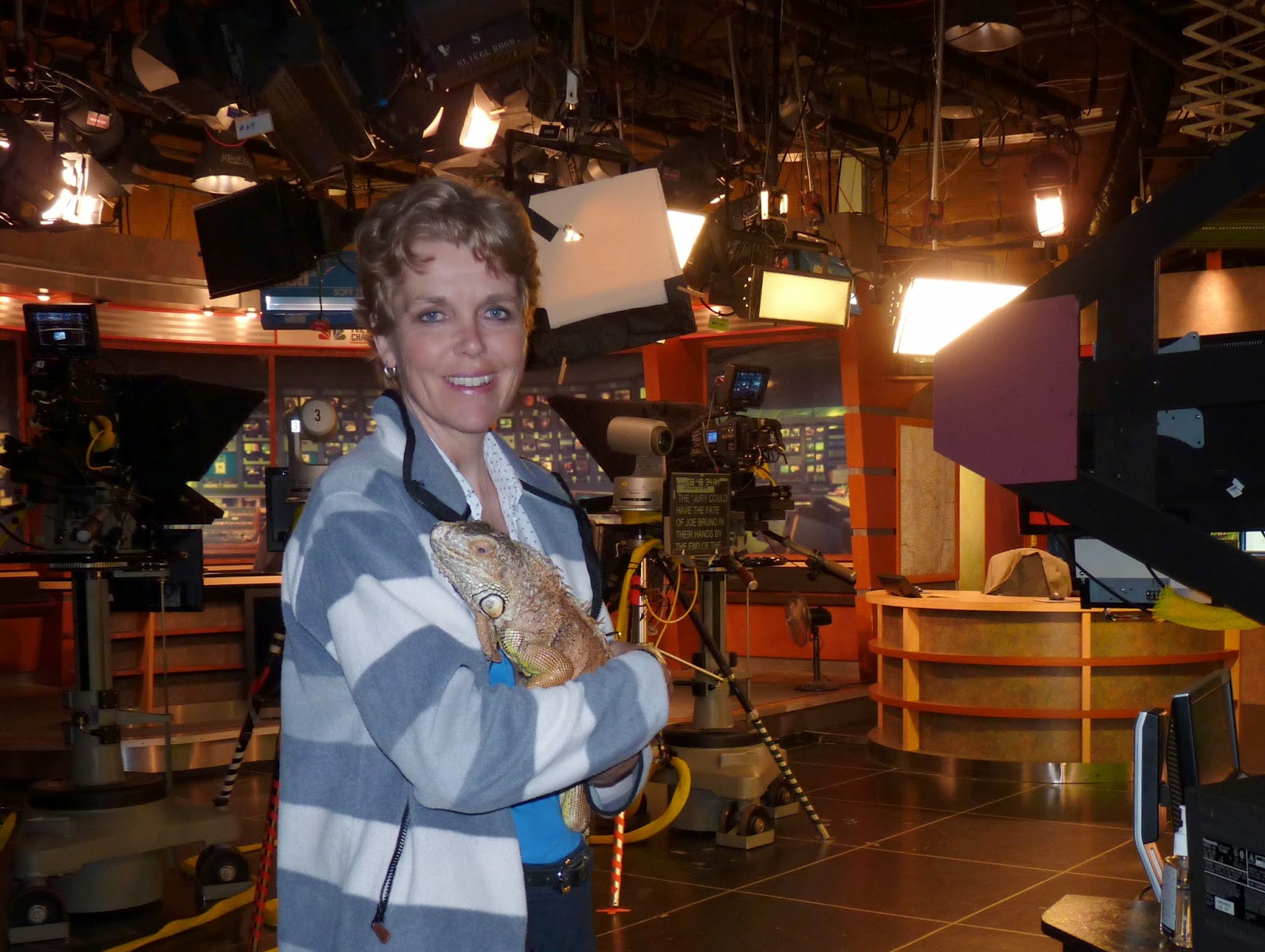 Rosemary takes it all in stride. 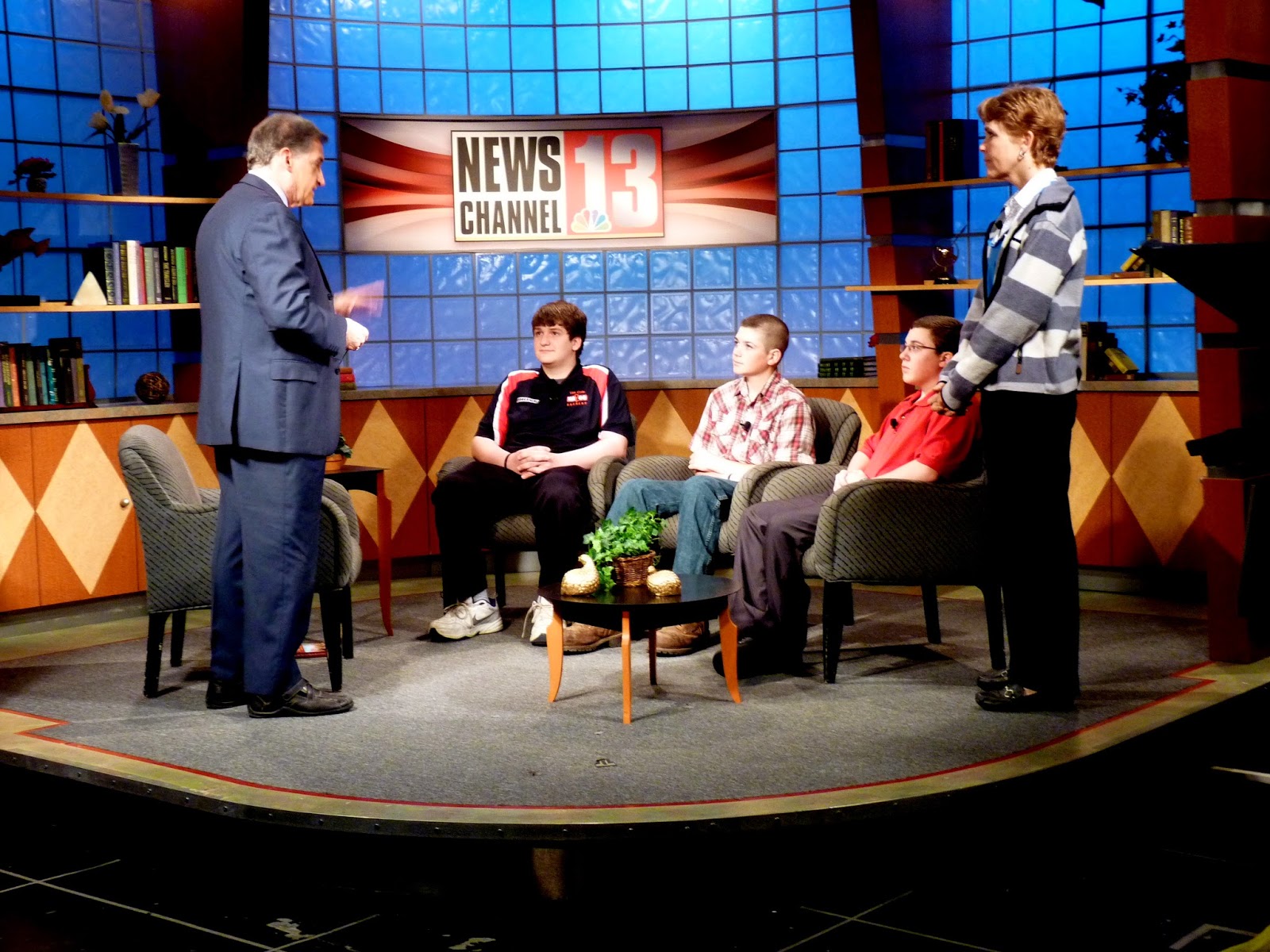 During the briefing, host Phil Bayly puts his guests at ease. 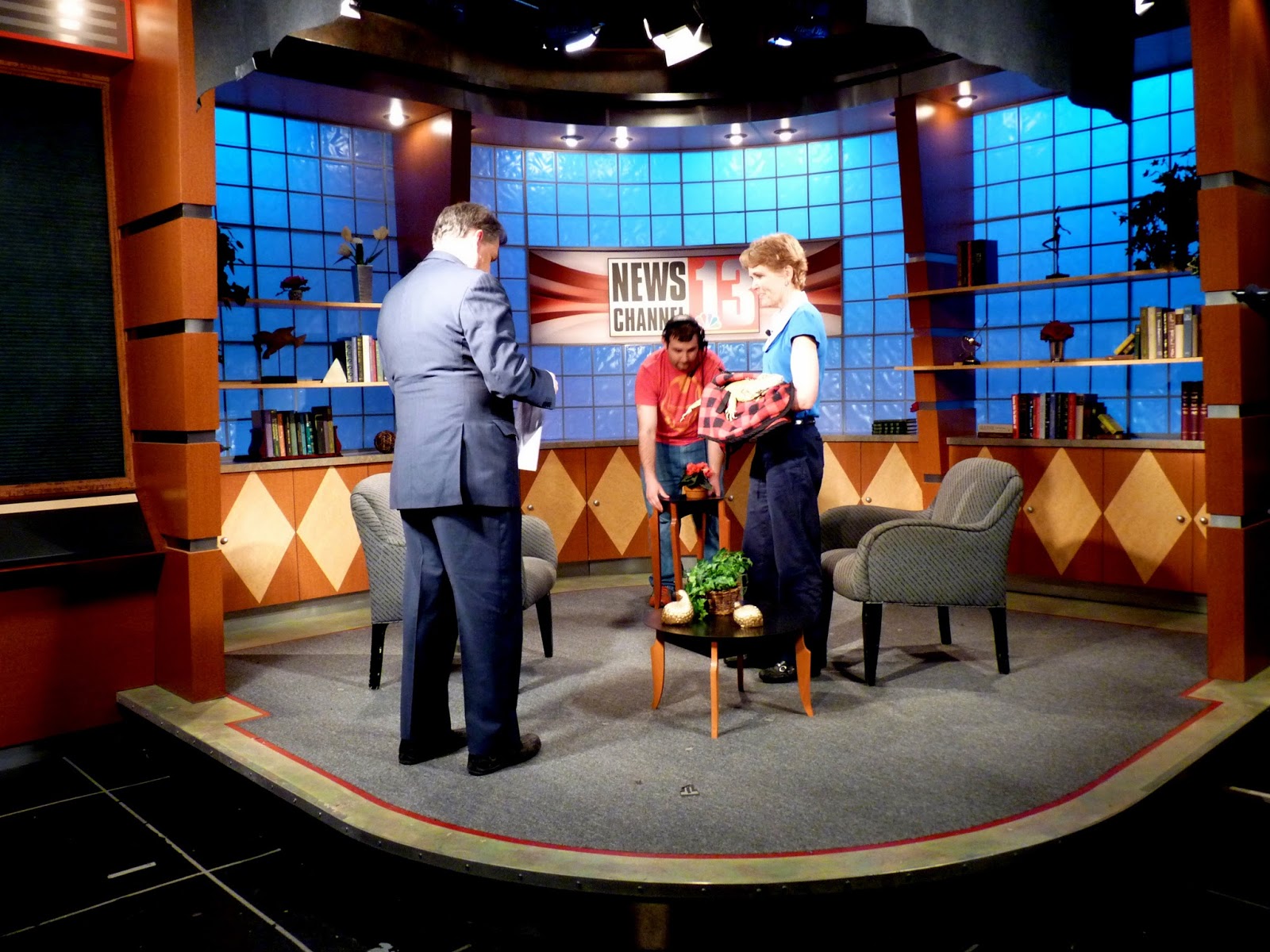 Time to set the stage for our interview after "mic-ing up." 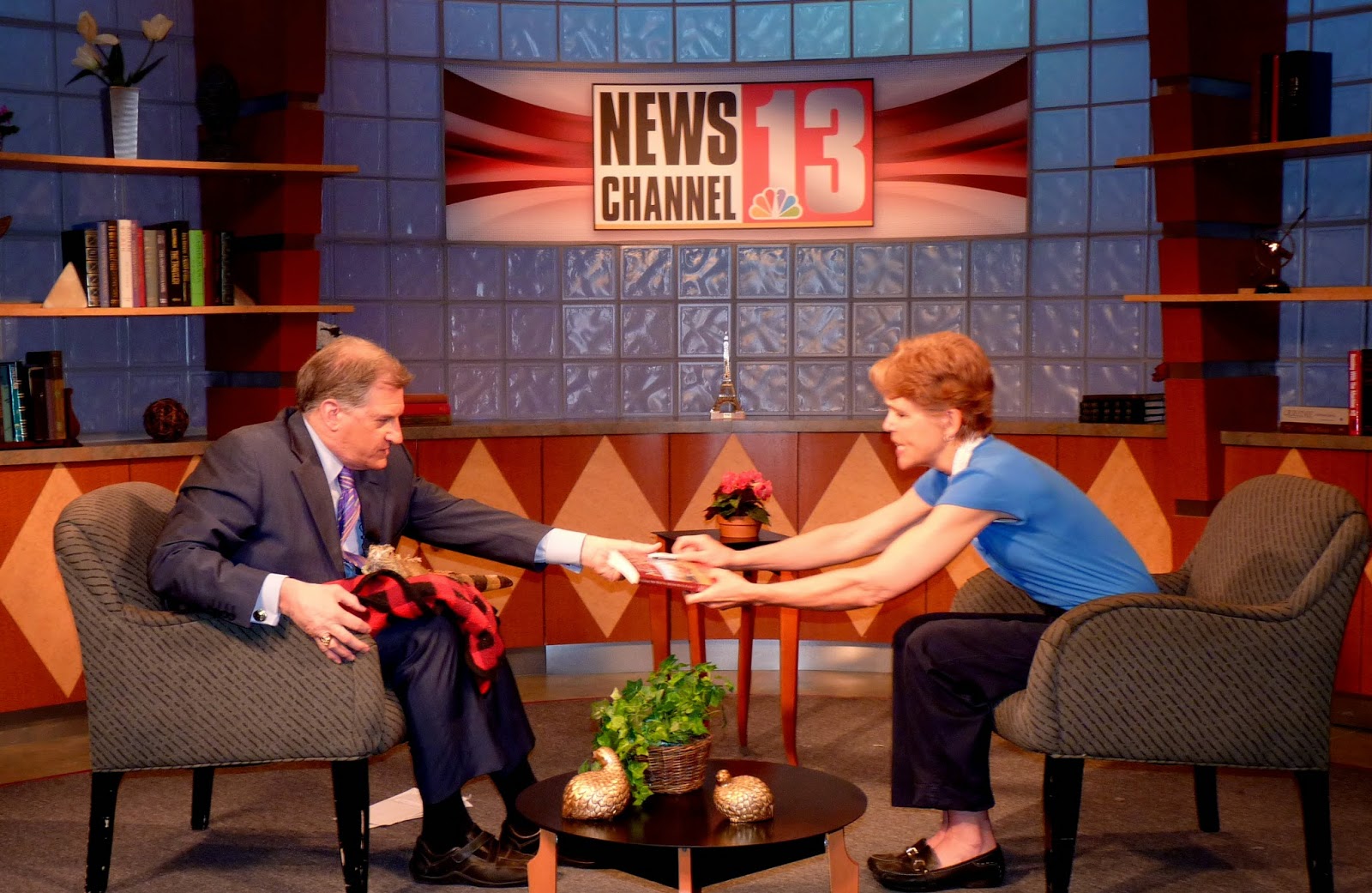 Rosie sits on Phil's lap while taping the show. 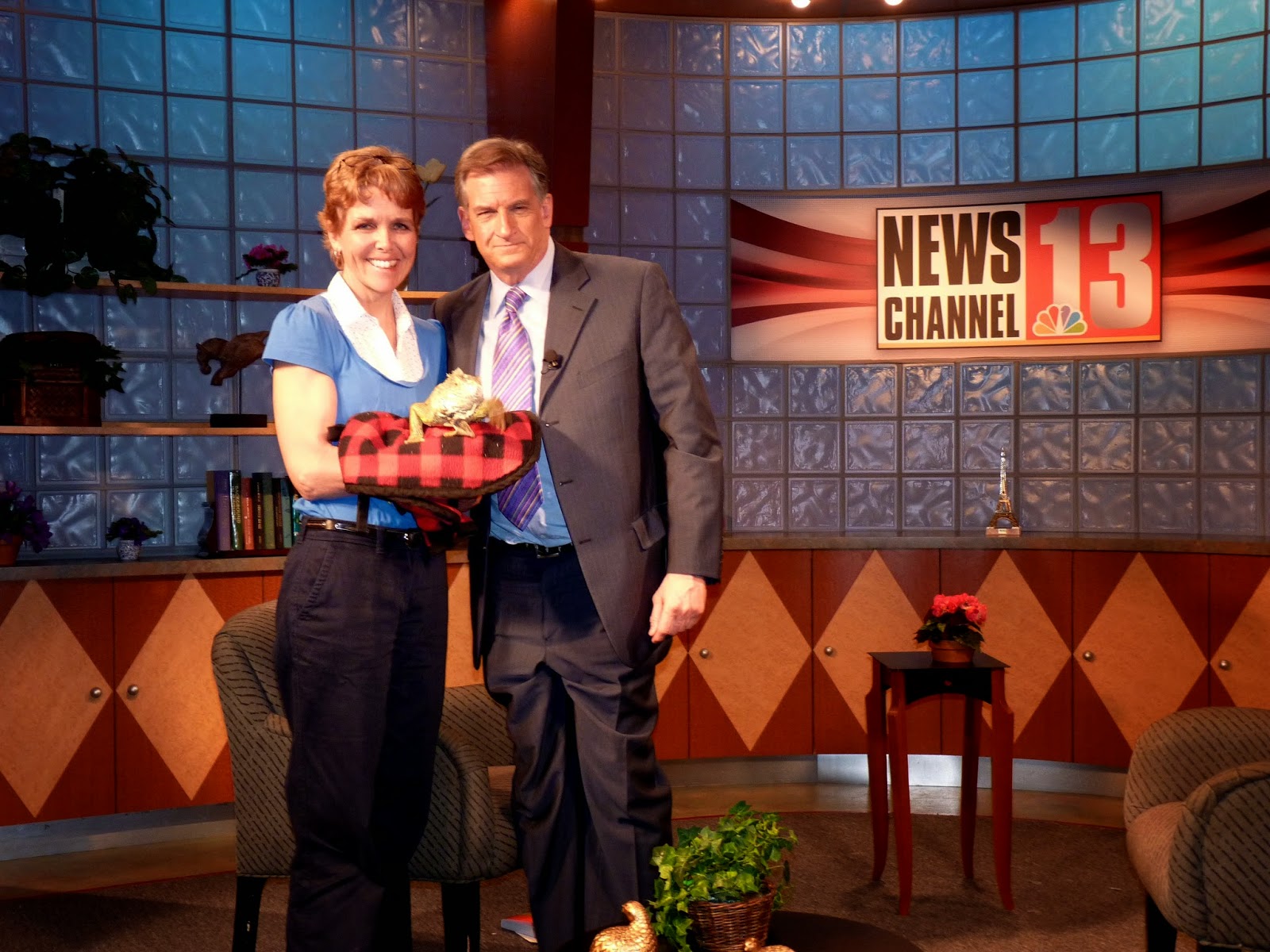 A final photo with our host. 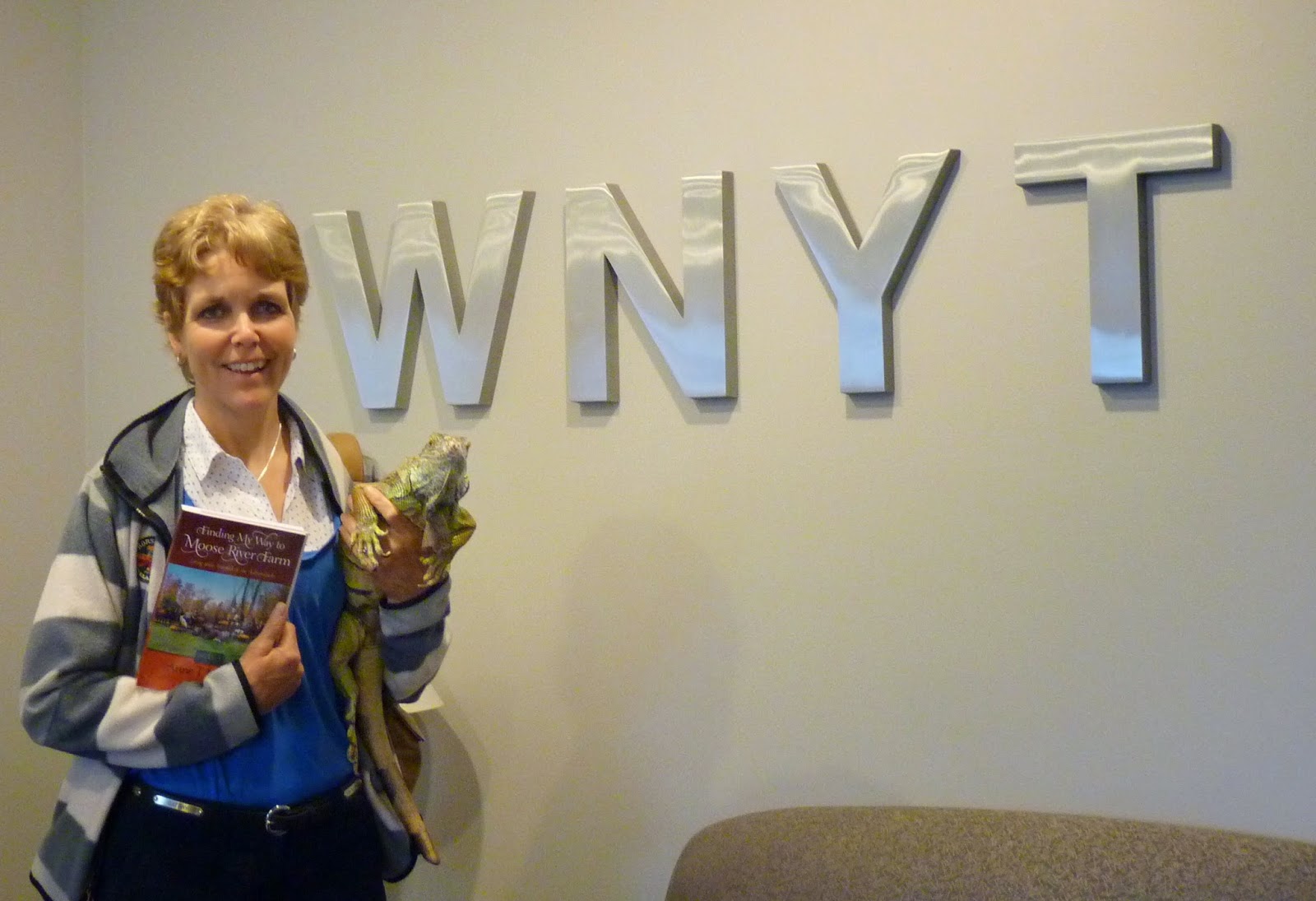 One more shot of our exciting day.