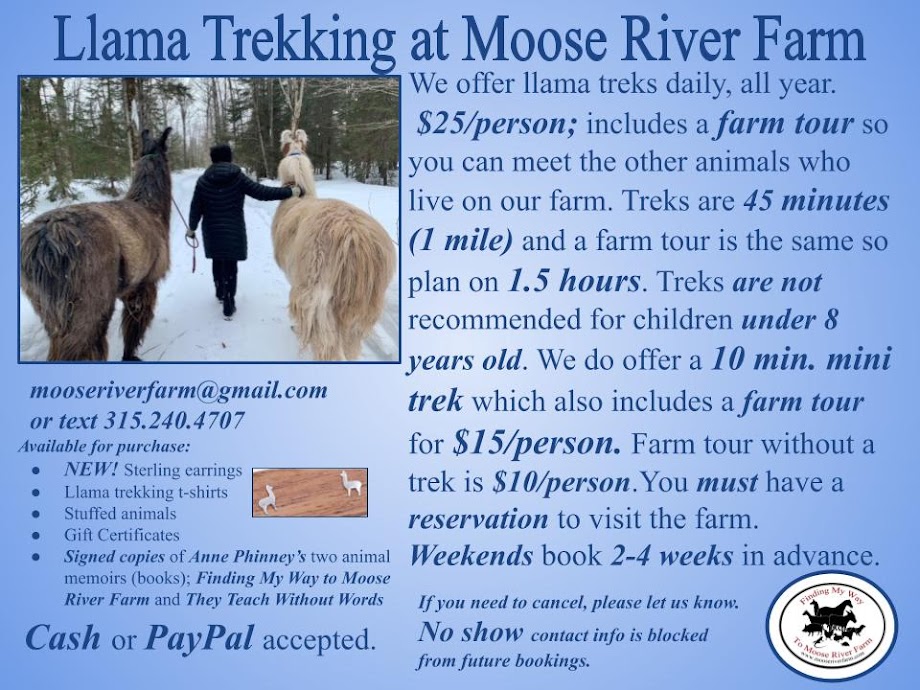 Good Morning,
While selecting and organizing my animal stories for the book, Finding My Way to Moose River Farm, I initially included the incredible trip to Africa that my mother and I shared back in August, 1994, (18 years ago).  When it was time to begin writing about it, I pulled out my travel journal and quickly discovered that the adventure was a book in itself.  I felt that it might interrupt the flow of my journey to the Adirondacks and decided right then that I probably have enough material to write a sequel that will include all of the 'parallel' stories that just didn't fit into the linear structure of the initial volume.
Despite the constant turmoil and unrest in many African nations, the wildlife continues to exist and adapt, relatively peacefully, through annual cycles of extreme drought and flood.  Our trip began in Harare, Zimbabwe, a metropolis that we explored with eager anticipation of our travels into the Okavango Delta in Botswana, (Zimbabwe's neighbor to the southwest).  There, our accommodations transformed from hotel room to luxury tent complete with hot water and other plumbing conveniences.
For three days we remained at Pom Pom, a remote camp 1 and 1/2 hours by plane from the nearest hospital.  The camp only accommodated 18 guests at a time.  In the morning we loaded up two Land Rovers which exited the camp in opposite directions to explore the Delta's unique terrain and thriving wildlife.  We never saw the other vehicle, (or any other vehicles), during our three to four hour excursions in the bush.
What we did see were impala, water buck, giraffe, zebras, kudu, elephants, vultures, lions, fish eagles, warthogs, (one of my favorites), vervet monkeys, lilac breasted rollers, and many other incredible species.  In the evenings we sat on the shore of one of the Delta tributaries around a roaring fire and discussed our sightings of the day with guests from the other vehicle.
Before my trip, I was warned that when you visit Africa you believe you are 'quenching your thirst' or satisfying a desire for the experience.  But be prepared because a piece of you will be left behind and once you arrive home you will immediately begin making plans to go back and get it. 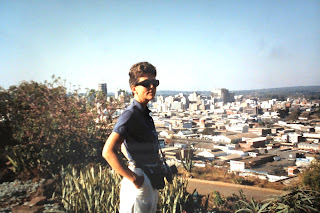 Harare, Zimbabwe is a long way from the Adirondacks. 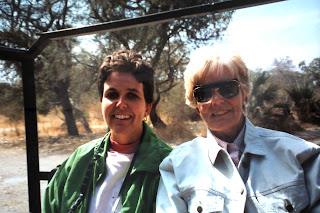 Mom and I arrived at Camp Pom Pom with great anticipation. 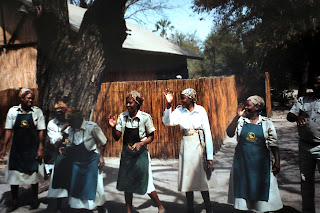 The Pom Pom staff welcomed us. 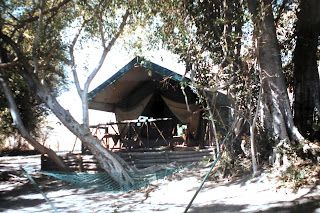 When the lions roared at night, the sound inside of our tent was indescribable. 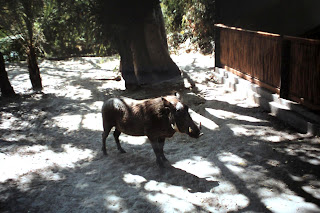 Warthogs were among my favorite African characters.  A year later we adopted our pig Noah. 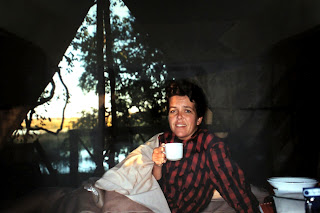 The Okavango Delta is just above the Kalahari Desert.  Morning temps. dipped into the 30's.  Thankfully, tea was delivered right to our tent. 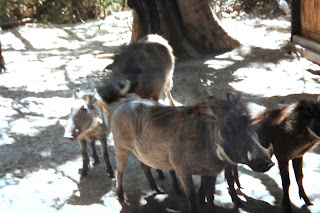 'Bacon' was a frequent visitor to the camp after she was orphaned years before.  Despite her luckless start, she returned frequently with her husband, 'Sausage' and their three babies. 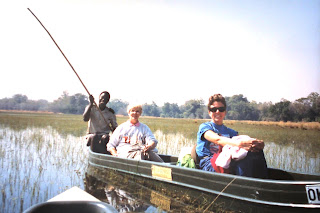 The mukuro is an essential mode of transportation in the Okavango Delta. 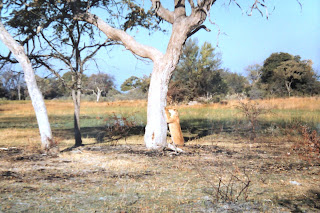 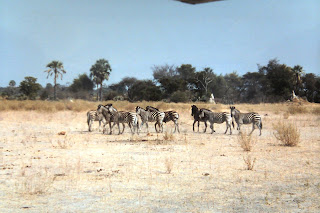 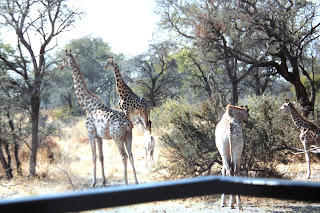 They appeared out of nowhere and entertained us with such grace. 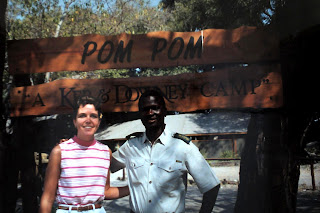 Bonetswe or 'Bee's' knowledge of animals was second to none. 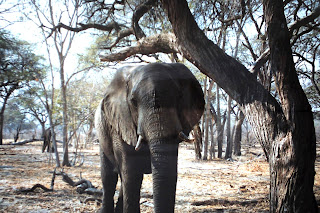 How can we argue about the presence of 'soul' in our animal kin? 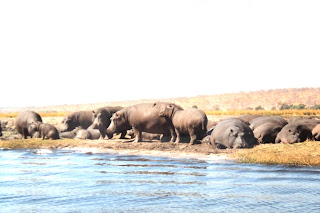 Don't be fooled by their lack of trimmed figures.  They are a force to be reckoned with. 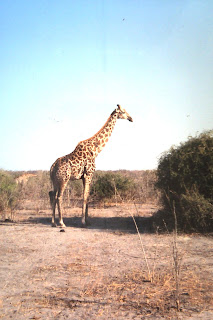 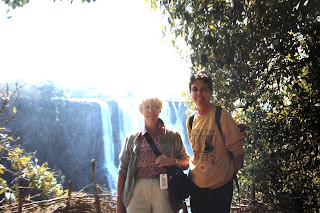 Mom and I are standing in front of Victoria Falls. 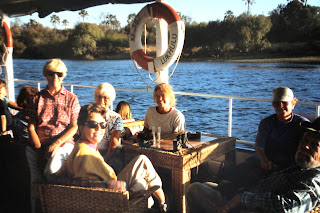 Rod's mom, Rachel and sister, Karen joined Mom and me for the second half of the trip. 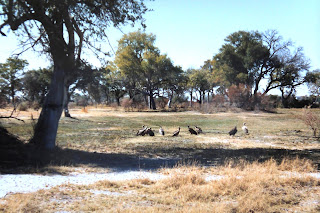 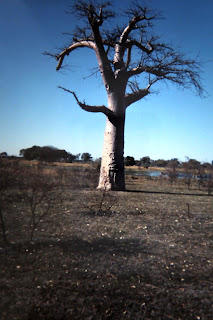 Right out of a storybook is the Baobab Tree. 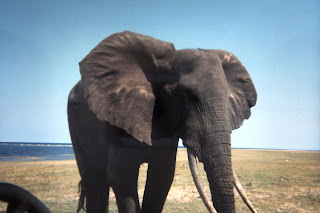 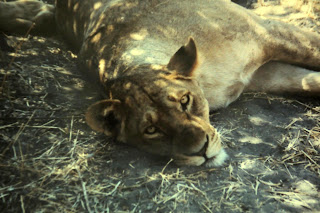